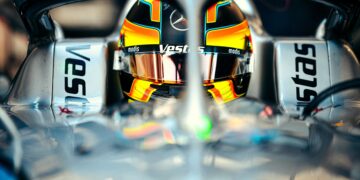 Vandoorne on pole with Evans the best of the title contenders

Vandoorne on pole with Evans the best of the title contenders 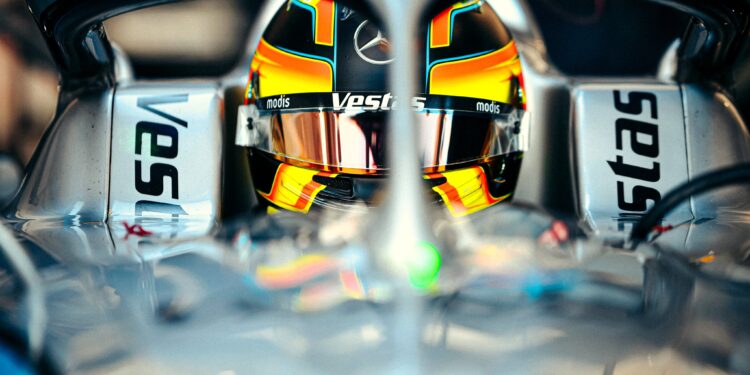 Group one was a waiting game with Nyck de Vries the first to head to the track with 2 minutes on the clock. Once the Mercedes had left the pitlane, the rest of the cars made an appearance all nicely spread out so there wasn’t any fighting over positions. There was slight confusion as the timing system wasn’t working properly until after all the drivers had finished their laps.

Once the information appeared it was Mitch Evans on top with a 1:07.083. Jake Dennis, who set the exact same final sector time as Evans, was P2 with Edoardo Mortara and de Vries were all within a tenth of the Jaguar. Lucas di Grassi, despite having had the best first sector, was 0.126 off with Robin Frijns, who has said they’ve been struggling with the car all weekend, was further tenth back.

In group two the two Techeetahs and Alex Lynn’s Mahindra were all out line astern to do a preparation lap, Lynn at the back saying he was being held up by the reigning champions but didn’t fight for track position. In an unusual turn of events the second group was not as quick as the much bemoaned group 1.

Lynn’s 1:07.164 the best of the lot which was only good enough for provisional P5, with da Costa and Vergne slotting in behind him. Rene Rast was just slower than his Audi teammate di Grassi while neither Sam Bird or Nick Cassidy were able to beat Frijns’ effort.

Maximilian Guenther was the first to emerge from group 3 but could only go P9 behind him though the times started falling with Alexander Sims taking provisional pole before being beaten by both Stoffel Vandoorne and Oliver Rowland. Andre Lotterer got one of the Porsche’s into a potential super pole slot while Pascal Wehrlein just missed out leaving Dennis hanging onto the final shootout spot.

The final group saw Oliver Turvey out first with Sebastien Buemi and Norman Nato hanging on in the garages as long as they could. It was NIO 333’s Tom Blomqvist who put in a fantastic lap to deny Dennis a shot at pole as he and then Norman Nato slotted into the top 6.

Pole was then left up to Vandoorne, Rowland, Nato, Sims, Blomqvist and Evans to fight over.
Tha Jaguar driver was first out and locked up at the start of his lap but was solid for the remainder and set the benchmark for pole of 1:07.010.

Blomqvist was up next and was a tenth and half quicker in sector one but the NIO 333 lots the advantage over the course of the lap leaving him just less than a tenth slower overall. Sims then also went better in s1, almost two tenths faster but again Evans just managed to hold out against the assault and the Mahindra ended provisional P2, 0.031 seconds off.

There was disappointment for Venturi as there was an issue with Nato’s car and the Frenchman was sat in the garage instead of heading out to compete for pole, he will start the race P6.

Once again there was a new fastest sector 1, but unlike the others Rowland was able to keep good pace, not beating Evans’ times in the final two sectors but the Nissan had enough to go provisional pole and secure a front row start.

Last out was Vandoorne who kept up the sequence of fastest first sectors, once again Evans’ sector two couldn’t be equalled but the Belgian driver aced the final sector to take pole with a 1:06.794.

Andre Lotterer will start seventh for Porsche alongside the Buemi in the second Nissan. Aside from Evans, ninth placed Dennis and tenth placed Wehrlein were the only three championship potentials to make it to the top ten. The top two in the points, de Vries and Mortara, will be starting from P13 and P11 respectively.