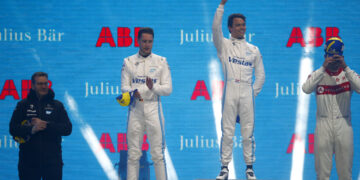 Vandoorne: “only myself to blame” for race-losing error

Vandoorne: “only myself to blame” for race-losing error 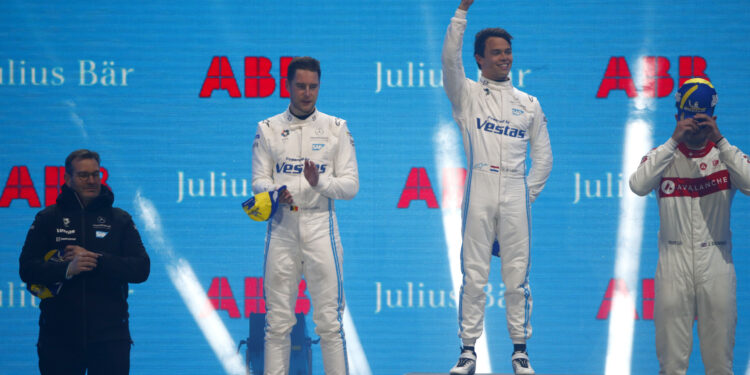 Diriyah E-Prix 1 – Stoffel Vandoorne has taken full responsibility for the Attack Mode activation mistake that cost him the win in today’s race.

After winning all his duels and securing pole position, Vandoorne’s race got off to a perfect start. The Mercedes driver unchallenged at the first corner and was comfortable leading the race, the first Attack Mode went smoothly and he had no problems with the Safety Car restart.

Attempting to take his second and final required Attack Mode however saw things fall apart for the Belgian. He missed one of the activation loops meaning that he’d lost time going off-line to the activation zone but rather than regaining it with the extra power, he gained nothing, fell behind his teammate and was then unable to gain an advantage and retake the position.

“I realised immediately,” Vandoorne said afterwards. “I missed the third attack loop on my second activation which meant I just lost the 1.5/2 seconds for nothing basically. There’s only myself to blame for that.

“I think everything before that in the race was going well with leading the pack, I think our pace was looking quite strong and it was about hitting the targets and making sure we were doing everything right with the procedures. But then I basically handed the position to Nyck [de Vries] and from there we stayed together and managed to finish 1-2.”

Despite the frustration with himself, Vandoorne focused on the positives of the day and the fact that a 1-2 for the team is a perfect way to kick off the new season.

“I’m a little bit disappointed, obviously,” the Mercedes driver continued. “With the Attack Mode and not taking the loop correctly but that’s the way it is. It’s still a very positive day in general for myself, for the team, pole position and second place, so we can be satisfied with the start of the season.”

Despite the team’s domination on the opening day of the season, Vandoorne doesn’t see that continuing as a sure thing for tomorrow’s race given how close and competitive the grid is. While he is going to try and do everything better than today, he also knows that all his rivals will be doing the exact same thing, and with a full day’s running behind them, everyone will be a bit more confident on day two.

“You can never have relief in Formula E because the nature of the championship is so close that the moment you give up a little bit of performance there’s someone else that’s going to be there.So it’s not a guarantee that we won today that we’re going to win tomorrow but we’re going to try do everything to try and repeat the performance in qualifying and, from my side, try and do a little bit better in the race.

“I think everyone’s now got a day of running behind them,” Vandoorne added. “Everyone’s dialled their cars in and I think it’s even going to be harder to get in those quali duels to start with because everyone will be much more on the limit. The track will not be so bad as it was today, probably, and everyone will just be at the limit much more so I think it’s actually going to be harder tomorrow.”