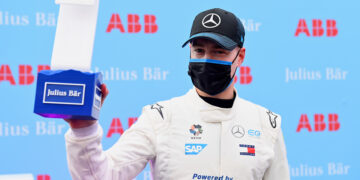 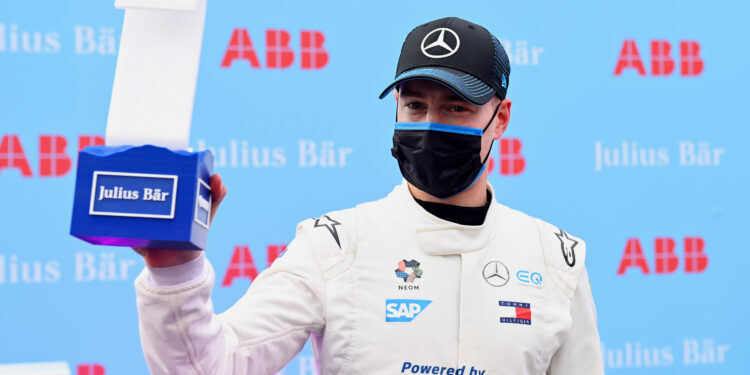 Vandoorne had been third quickest in group qualifying stages but was quite confident in his SuperPole lap saying “Okay, let’s see what the others can do.” over team radio after setting his 1:38.484. The last Rome E-Prix pole sitter, Andre Lotterer, felt TAG Heuer Porsche had the potential for the best grid slot but had an issue to fix during his lap and had to settle for second.

Click here for the group and super pole times.

Oliver Rowland was on course to go fastest, he had the best first and second sector times but knocked his steering after hitting a wall at T12 before breaking his left rear wheel at the final corner where he took another two hits. The Brit ended 0.405 off Vandoorne and had to stop his Nissan e.dams on track to prevent more damage.

Audi Sport Abt Schaeffler’s Lucas di Grassi will start fourth, setting a 1:38.903 while Jean-Eric Vergne was the highest placed DS Techeetah in fourth with Maximilian Guenther’s BMW i Andretti slowest of the SuperPole runners in fifth.

The polesitter from the most recent race, Robin Frijns, just missed out on SuperPole. The Dutchman set his time in group 1 only missed out on the pole shoot out by 0.013 seconds but will start sixth as Guenther will have a 5 place grid drop for causing a collision with Tom Blomqvist in the second Diriyah race.

Mercedes, Porsche and Nissan all got both their cars into the top 10. Nyck de Vries, who won the opening race of the season for Mercedes, posted the eighth quickest time while Pascal Wehrlein secured ninth for Porsche. Sebastien Buemi rounded out the ten fastest with a 1:39.348 for Nissan.

Oliver Turvey didn’t take part in the session but, after causing the crash in FP1, has been handed six penalty points and will have to start his NIO 333 from the pitlane. Venturi’s Edoardo Mortara did get on track but a battery software issue prevented him from setting a lap.

In group four, Envision Virgin’s Nick Cassidy was looking good for a SuperPole slot having set the fastest sector 1 and a quick sector 2, but hit a wall after that and stopped on track.