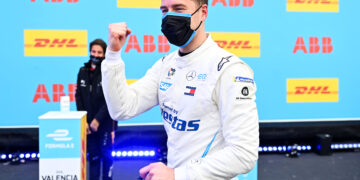 Vandoorne takes second pole of the season in Valencia

Vandoorne takes second pole of the season in Valencia 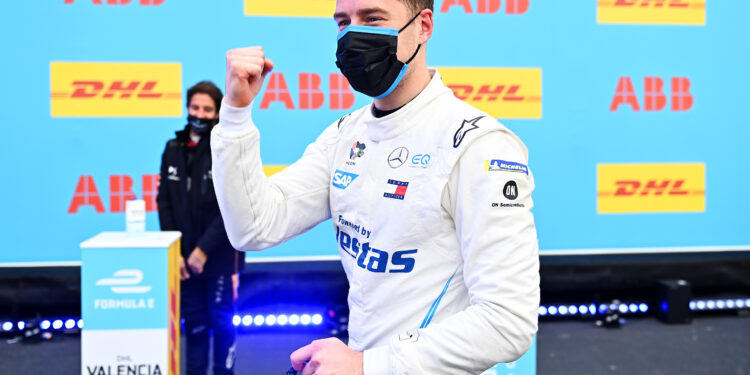 Valencia E-Prix 1 – Stoffel Vandoorne took his second and Mercedes’ third pole of the season as Formula E prepares for their first Spanish E-Prix.

Despite hitting the chicane just before starting his super pole lap, Vandoorne was a tenth off the first sector but aced the final two sectors to record a 1:26.494, beating the previous best from DS Techeetah’s Antonio Felix da Costa by 0.028 seconds.

Click here for the qualifying and super pole results.

Nyck de Vries’ time, just over two tenths slower than his Mercedes teammate, was good enough for third but the Dutch driver has a five place grid penalty after his crash at the end of the second Rome race so he will start from eighth for the E-Prix later.

The fastest driver from the practice sessions, Maximilian Guenther, was fourth fastest with a 1:26.943 for BMW i Andretti while Mahindra’s Alex Lynn, who topped group qualifying, had some rear tyre degradation on his lap and could only go fifth.

Sebastien Buemi’s lap was 0.559 off Vandoorne’s final effort and made the Nissan the slowest from the super pole session in sixth.

Just missing out on the pole position shootout was Tag Heuer Porsche’s Andre Lotterer whose group 4 lap was two hundredths off and had to settle for seventh quickest. Norman Nato couldn’t get as much out of his Mercedes powertrain as the Mercedes team could, but the Frenchman’s 1:29.979 bagged him eighth.

The second Nissan, in the hands of Oliver Rowland, was over a tenth off his teammate’s group qualifying time which sees him qualify ninth, with the Porsche of Pascal Wehrlein only six thousandths further back in tenth.

The teams’ championship leaders, Jaguar have struggled all day with bad rotation which Sam Bird describes as leading to a “a snowball effect of badness”. Bird and Evans in twenty-first and eighteenth respectively.

While Vandoorne was happy to take the super pole points and trophy, the consensus is that as slipstreaming will be a feature of the race and as such, being in the lead will put that driver at a bit of a disadvantage.