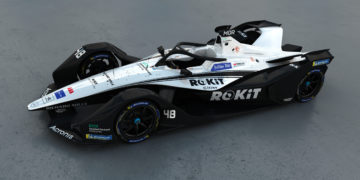 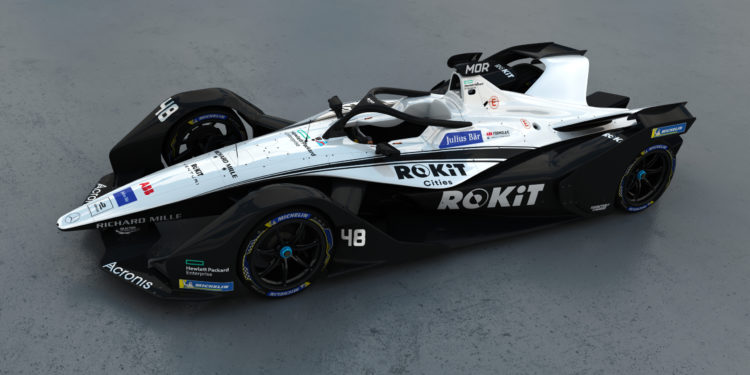 Rokit Venturi Racing are the latest team to showcase their new look car ahead of pre-season testing for the first ABB FIA Formula E World Championship.

Dropping the red, which was quite a prominent colour  on Venturi’s season 6 livery, the Monegasque team have instead gone for a classic black and white look. The team have continued their relationship with Mercedes-Benz and so will run the same powertrain, software and suspension, among other parts, as the Mercedes-Benz EQ team.

On the driver front, Norman Nato, has been given the chance to step up after two seasons as the team’s reserve driver and show what he can do in the race seat.

“Being ROKiT Venturi Racing’s Reserve Driver in Seasons 5 and 6 was a great opportunity for me to get to know the team and understand the championship,” said Nato. “Formula E is entirely different to what I’m used to, not just in terms of the car but the format of the series itself. Because I’ve been involved in briefings, completed a lot of work in the simulator, and participated in two rookie tests in Marrakesh, I’ve been able to build a good relationship with everybody.

“Most importantly, I already know the improvements we’ve made since 2018 and how we can develop in the future. When we arrive in Valencia for testing, we can immediately focus on running and then translating that into performance for the Santiago opener.”

His teammate will be the experienced Edoardo Mortara, who continues with the team for a fourth year. The Swiss driver is the most successful driver the team has had, having taken three podiums for the team.

The 2020/21 season will be my fourth with ROKiT Venturi Racing, “ said Mortara. “And as one of the smallest teams on the grid, my aim is always to take the fight to the big boys and be competitive at the front. I’m hoping we’ll be able to do this in Season 7, but even then, the challenges that Formula E presents makes it a very interesting and rewarding championship to race in.

“We have to manage so many aspects of the car, but on top of that, we’re also racing with a strong message by promoting and developing electric vehicles to counteract climate change. For me, this is quite important because we are competing for a purpose.”

Mortara believes that the good relationship between himself and Nato will only serve to help them do a good job for Venturi. “I’m really looking forward to working with Norman for Season 7,” Mortara added. “I’ve known him since karting and because he’s always at the team workshop and in the paddock, he’s become a very familiar face.

“Whenever we’re in Monaco, we play paddle tennis together and we’re usually on the same side. You could say that we already have that team-mate relationship. Together, I think we’ll be able to work well and I don’t have any doubts that we’ll be able to do a good job for the team.”

Team Principal, Susie Wolff, is very happy with the new team lineup saying that the work ethic seen from Nato over the past few years coupled with Mortara’s knowledge will help the team develop.

“The off-season has been a very busy period for all of us in Monaco, said Wolff. “As soon as Season 6 ended, our eyes and attention immediately shifted towards Season 7, and our first focus was finalising our driver lineup. We have a formidable driver pairing in Edo and Norman. The coming campaign will be Edo’s fourth with the team, and although it is Norman’s rookie season, he already holds quite a lot of experience in Formula E as our former Reserve Driver.

“By pairing Edo’s knowledge of the championship with the work ethic and dedication that Norman has shown in his time with the team, I think we’ll create a very collaborative team environment which will aid our progression and help us develop throughout the season. We have also strengthened Rokit Venturi Racing operationally, and we’re delighted to welcome Jerome d’Ambrosio as our Deputy Team Principal.”