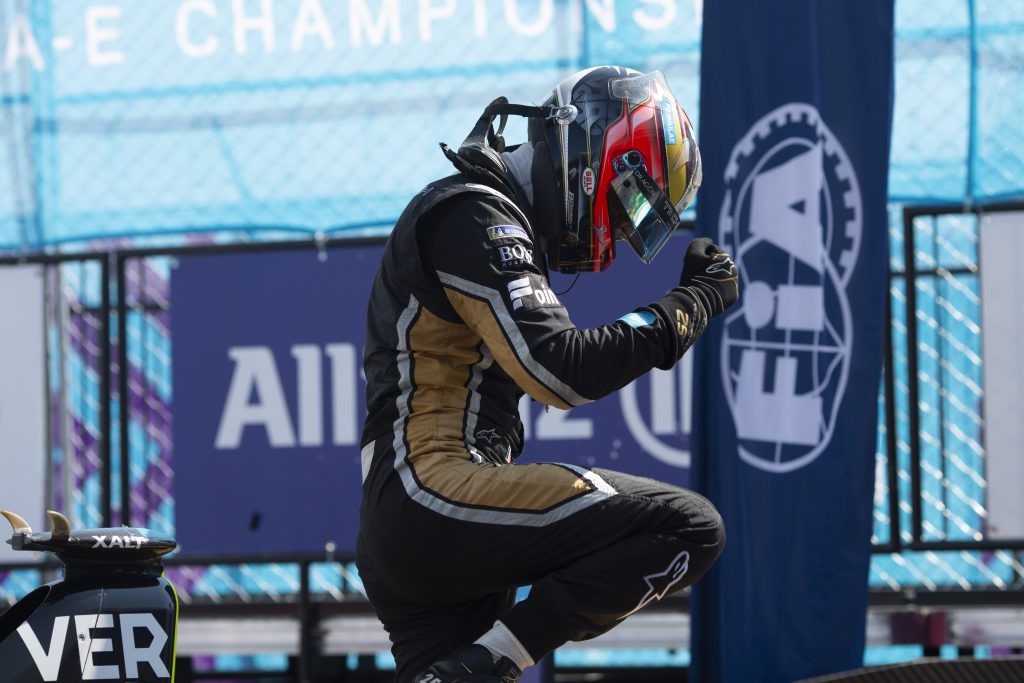 Vergne sealed the title during the first race of the double header finale, and won the second after an intense battle with Audi Sport Abt Schaeffler driver Lucas di Grassi who, with Daniel Abt, helped Audi clinch the team’s championship by two points on Sunday.

“Winning the title yesterday I did not drop my weapons, and I actually feel even hungrier now for more wins,” Vergne said.

“Winning this year is one thing but now I think everything is reset to zero and I proved it today with my will and hunger to win more races and that’s the attitude I’m going to have next year. So I’m looking forward to next season.”

Techeetah currently is the only customer team on the grid, meaning it is not allowed to have the 15 days of private testing before the three-day public test in Valencia which the manufacturers enjoy.

But it is expected to announce its partnership with DS, who will depart from Virgin, for the 2018/19 season next week.

“Look at what we’ve done this year as a private team with the smallest budget and no testing days. Imagine what we can do with a manufacturer, 15 days of testing and probably a bit more budget. I think [Audi] should be worried.”

Despite enjoying success as a customer team, the extra testing and resource which comes with manufacturer status has been the biggest incentive to find a partner for next season.

“The biggest difference between customer and manufacturer at the moment is the amount of testing. That’s one of the big ones,” explained Techeetah team principal Mark Preston.

“Of course it’s better when you have a bigger amount of resource behind you in any motor racing. At the end of the day it is a resource game, the more you have the better it can be.”