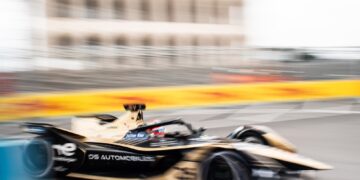 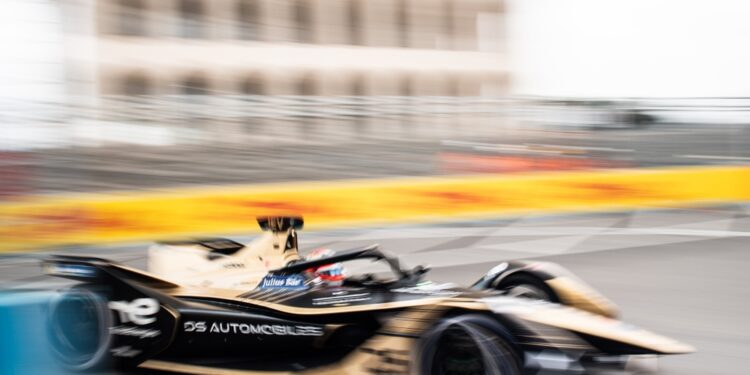 Rome E-Prix 2 – Jean-Eric Vergne put DS Techeetah on top of the timesheets in the only practice session ahead of the season Rome E-Prix.

The only practice session of the second race day started in glorious sunny conditions in Rome. There was early drama for Envision’s Nick Cassidy who locked up and went into the run off, the Kiwi attempted to recover it with a handbrake turn but whacked the rear instead. The car didn’t seem to be too worse for wear after that though and Cassidy continued with the session.

There was a red flag less than 10 minutes into the session when Avalanche Andretti’s Oliver Askew stopped on track just after the chicane, just a little bit further down than where he had briefly stopped after hitting the wall in the chicane during practice yesterday. After a five minute break the session was back on and almost all cars were out as soon as they could.

With just over ten minutes to go, Mortara, who was P21 just barely missed going nose first into the chicane wall after he had just gone purple in the first two sectors. He had passed one of the Jaguars on the run to the corner which put him offline, scraping the wall before the chicane and then got out of shape. A few minutes later though the Venturi driver got a clean lap in and was on top with a 1:38.866.

The Tag Heuer Porsche’s were P5 and P6, Pascal Wehrlein ahead of Andre Lotterer, with the double Rome E-Prix winner, Mitch Evans, a few hundredths behind them in P7. Antonio Felix da Costa was P8, 0.786 seconds off his teammate’s time, while Robin Frijns and Lucas di Grassi rounded out the top ten.