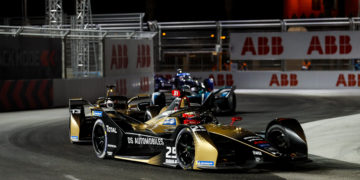 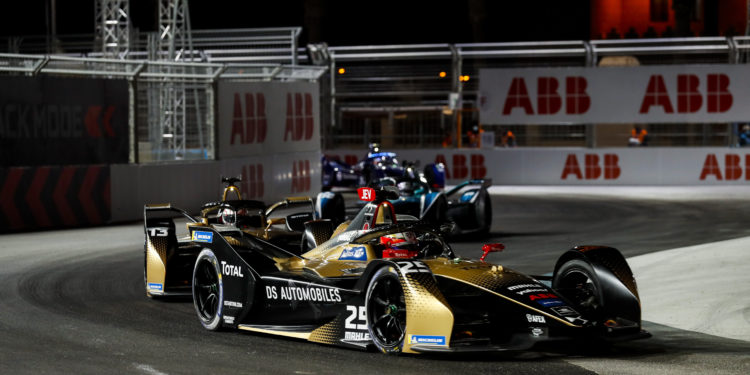 Diriyah E-Prix 2 – After celebrating third place, Jean-Eric Vergne will have to hand the trophy to his teammate as a penalty drops him from the points.

Vergne is one of a number of drivers to be hit with a converted drive through penalty, which equals 24 seconds being added onto their race time. Vergne, along with NIO 333’s Tom Blomqvist and Audi Sport Abt Schaeffler’s Rene Rast, received the penalty for failing to activate Attack Mode the required two times.

Activation is not allowed under Full Course Yellow or Safety Car periods and given there were 11 minutes on the clock when the race was neutralised and eventually stopped, there will undoubtedly be discussion about how to change the rules in situations like this.

Converted drive through penalties were also handed out to Rast, Blomqvist and Envision Virgin Racing’s Nick Cassidy for driving faster than the Full Course Yellow maximum of 50km/h.

The two Mahindras of Alexander Sims and Alex Lynn received extra 24 seconds as they didn’t respect the homologated throttle pedal map. Maximilian Guenther will take a five place grid drop at the next race for causing a collision with Blomqvist.

ROKiT Venturi’s Norman Nato has also seems to have received a converted drive through, though the stewards decision for that doesn’t seem to have been uploaded yet.