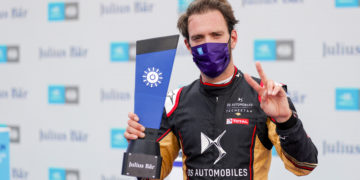 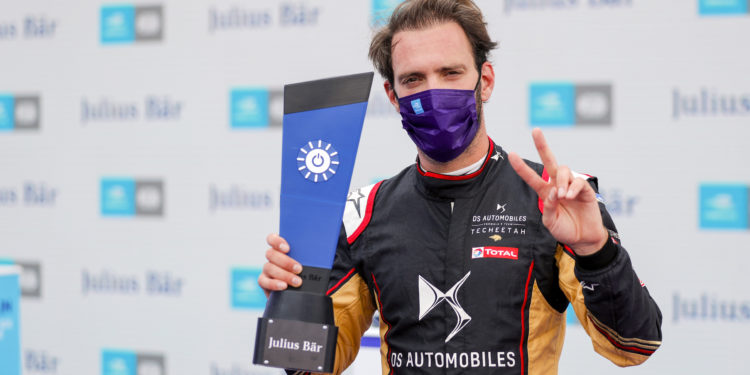 Vergne topped group qualifying despite radioing his engineer and calling it “very scrappy”, his Super Pole lap though was greeted with a much more enthusiastic “Wow. This quali map is amazing.”  Antonio Felix da Costa joins his teammate on the front row as the two set times over three tenths faster than the rest of the field.

It’s an all Nissan e.dams second row with Oliver Rowland heading Sebastien Buemi. Rowland was so close to picking up the point for topping group qualifying however he was just a few seconds too late in setting his 1:06.484 as Vergne had posted that exact time before him which meant the Frenchman got to top the charts and take the reward.

Mercedes-Benz EQ’s Nyck de Vries will be starting fifth while Felipe Massa rounded out the top six. The Brazilian’s Rokit Venturi apparently lost its rear grip in the final sector despite Massa taking it easy on his outlap.

Just missing out on his third Super Pole in a row was Alex Lynn, yesterday Lynn started the race directly behind his teammate and today he gets to give Jerome d’Ambrosio the same view as the second Mahindra qualified ninth.

Putting in another solid qualifying was Rene Rast, his eighth means the German is the highest placed Audi Sport Abt Schaeffler by just over a tenth to Lucas di Grassi in twelfth.

Sergio Sette Camara was handed a three place grid drop for his involvement in the incident which called out the safety car yesterday, however as he qualified at the back he will instead most likely have a five second time penalty in lieu.