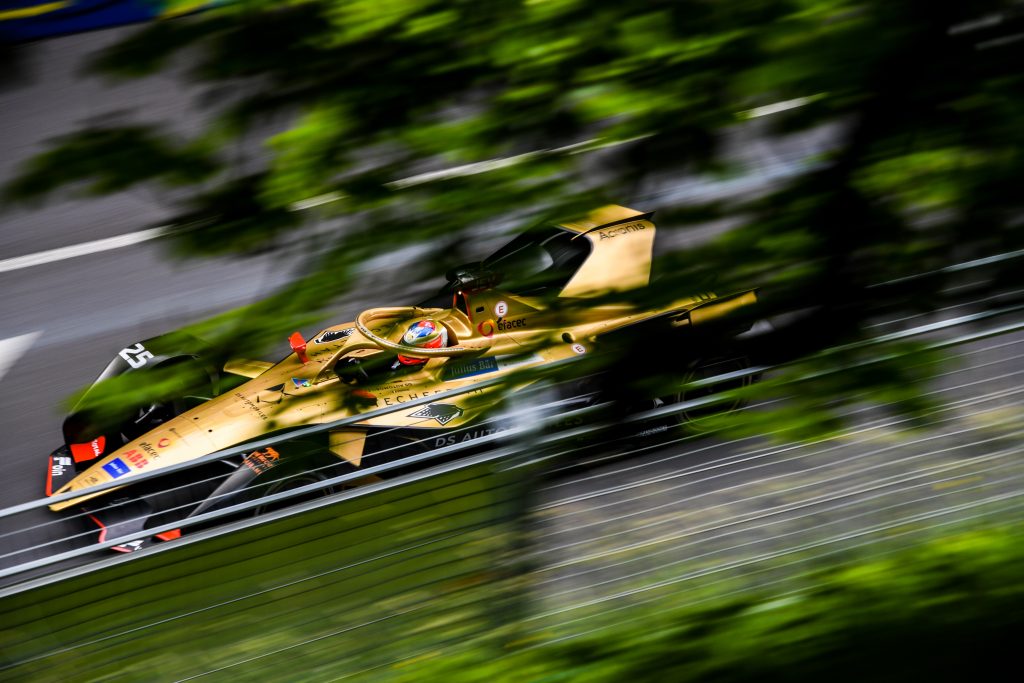 Vergne on pole for the Swiss E-Prix in Bern.

Vergne on pole for the Swiss E-Prix in Bern.

Vergne put in a very impressive lap in Super Pole to secure pole position by over three tenths to Jaguar’s Mitch Evans. The Frenchman’s 1:18.813 means that he becomes the only driver this season to take pole position after having to qualify in the first group.

Last year’s polesitter Evans who topped the group qualifying, was frustrated not to convert it into pole but will start on the front row in his attempt to win a Swiss E-Prix.

After being only 20th and 15th in the practice sessions Sebastien Buemi gave the home crowd something to cheer about when he put his car on provisional pole before Vergne and Evans had their lap. The Nissan e.dams’ driver, who took his first podium of the year last time out in Berlin, will start from third on the grid.

Mahindra’s Pascal Wehrlein struggled with oversteer and had a big lock up on his lap but still managed to put in a very respectable 1:19.168 only 0.004 seconds slower than Buemi.

Fifth place went to Dragon’s rising star of Maximilian Guenther. The young German put in another brilliant lap to go secure his place ahead of Virgin Racing’s Sam Bird.

Daniel Abt missed out on Super Pole but is the highest placed Audi Sport Abt Schaeffler after Lucas di Grassi’s Q1 lap was hampered by a lack of grip leaving him well down the order in 19th place.

The top 10 is rounded out by some of the Super Pole challenger’s teammates, Andre Lotterer’s 1:19.585 puts the second Techeetah in eight with the Robin Frijns only 0.006 seconds behind in his Virgin car with Alex Lynn slotting his Jaguar in behind them.

The Virgin team had the most eventful qualifying with Frijns near not making it across the line before the chequered flag came out and some miscommunication about when Bird should leave the pits leaving the Englishman visibly frustrated in the cockpit but ultimately didn’t negatively impact his session.