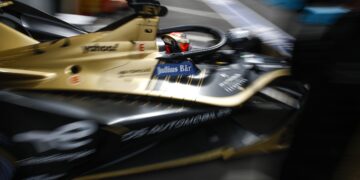 Vergne takes pole ahead of Dennis for race 2 in Rome

Vergne takes pole ahead of Dennis for race 2 in Rome 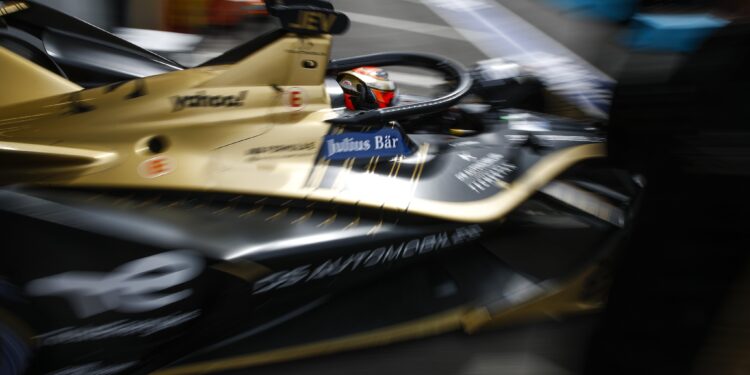 Rome E-Prix 2 – Jean-Eric Vergne put DS Techeetah on pole for the first time in season 8 as he beat Jake Dennis in the final duel.

It was yesterday’s podium finisher Robin Frijns who was first out on track, with his ex-teammate Sam Bird right behind him. All cars were circulating by the time the clock had ticked off the first two minutes and it was Frijns’ 1:49.855 which was the first time on the board.

That time was very quickly demoted down the charts as 1:41s and 1:40s were set, with Sam Bird’s 1:40.229 in P1 ahead of Venturi’s Edoardo Mortara after everyone had put in their first time. After that the track went quiet as all cars headed back to the pits before their final runs. Yesterday Jaguar had tried staying out for the whole session but after failing to progress to the duels, they realised that was not the right strategy.

Nick Cassidy was first out for the last attempt with Mahindra’s Oliver Rowland last on track and only barely making it across the line before the chequered flag came out. The top four positions were ever changing after each driver crossed the line but it was Frijns, the second last driver on track, who came out on top in the end after going fastest in the first two sectors for a 1:39.416.

Andre Lotterer, with the fastest final sector, and Jake Dennis were P2 and P3, but it was very close for the final qualification spot with only 0.033 seconds separating Bird, Nyck de Vries and Mortara, but it was the Jaguar driver who progressed. The Mercedes driver has to serve a three place grid penalty this afternoon for colliding with Pascal Wehrlein during yesterday’s race.

All drivers were on track slightly earlier than in the first group, Oliver Askew in the lead with the Techeetahs the last to emerge. With everyone having set their first times it was the fastest driver in FP3, Jean-Eric Vergne who was provisionally on top with a 1:39.744. Dragon/Penske’s Sergio Sette Camara had put in a great opening time to sit P3, only 0.268 seconds off the Techeetah.

Lucas di Grassi had a coming together with the wall at the exit of T3 and ended up with a few more sponsors on his car that he had going into that corner. All the cars headed back to the pits then so Venturi would have had a chance to check the car over before the final few minutes of flying laps.

Alexander Sims was the first out to try make it to the top four spots but, Antonio Giovinazzi couldn’t manage to copy Rowland from the first group and make it across the line before the flag, the Italian was at the back of a queue of cars and was just a second to two too slow.

It was very close in the top 5, only 0.153 seconds between them all but it was Antonio Felix da Costa who missed out, 0.021 seconds off his teammates P4 time. Evans ended fastest with a 1:39.612, Pascal Wehrlein P2 and Stoffel Vandoorne got one Mercedes into the duels in P3.

Sette Camara was putting in another very competitive lap for Dragon but, the Brazilian locked up and straight-lined it into the chicane, he ended P6 in the group thanks to his earlier time.

Quarter-finals – Vergne vs Frijns, Vandoorne vs Lotterer, Dennis vs Wehrlein, Bird vs Evans

Vergne was first on track for the opening duel of the day, Frijns was over a tentha nd half up in sector one, but Vergne closed up a bit in the second, but it was all about the Techeetah in the final part of the lap. The double champion beating out Frijns, who had made it to the final duel yesterday, by just less than a tenth.

It was the Mercedes leading the Lot with the early advantage but only by the slightest margins, that continued through the middle of the lap but as in the previous duel, sector three was where the difference was and there were three tenths at the end in Lotterer’s favour. Vandoorne telling his team that his tyres were too hot.

There was a little mistake in the opening part of the lap for Wehrlein which saw him nearly two tenths down, but the Porsche was catching. However Dennis had the better of it and Wehrlein will not progress.

The battle of the Jaguars – there can only be one. Evans having half a tenth at the start but just continued pulling time over Bird through the lap to put in the fastest time of the quarter-finals, a 1:38.127. Bird’s time was the best of those who won’t progress however so he’ll line up in P5. Bird reported after that he just ran a bit deep in T5 but congratulated his teammate, and was very satisfied

SF1 The first of the semi-finals was between ex-Techeetah teammates, the fan favourite combo of Vergne and Lotterer (aka Jeandre). Lotterer said afterwards that their duel started with Vergne giving his car a friendly little nudge in the pitlane.

The Porsche was to leave the pits, but the Techeetah driver had the tiniest of advantages in the first sector, the second was all Vergne while Lotterer clunked a kerb, hard enough to make his onboard camera freeze for a few seconds. That didn’t affect the car’s pace though as he did close the gap slightly in the final secor, but Vergne will be the one in the final.

There was almost nothing in it in the second semi-final with less than a tenth in Dennis’ favour initially but while Evans did manage to pull ahead at one point, the Andretti driver put in a blistering end to the lap to set the fastest lap of the day, a 1:37.997.

The Techeetah set out first and had a much better opening sector, over two tenths quicker than the Andretti, Dennis matched Vergne’s time in the middle of the lap, and did start to catch up but there was just too much lost in the opening stages and so Vergne sealed pole for the afternoon’s race.

The Frenchman said afterwards that his engineer gave out to him for not pushing hard enough in his quarter-final duel with Vandoorne yesterday saying that “next time I should listen to my engineers.”

Based on their semi-final times, Lotterer will start P3 with Evans P4, just ahead of his teammate Bird who was the best of those who didn’t progress from the quarter-finals. Frijns will be P6, Wehrlein P7 and yesterday’s pole sitter, Vandoorne, P8.

Vergne’s teammate, da Costa, will be P9, where Evans started his race yesterday, and Sette Camara will be P10 after de Vries’ grid penalty was applied.