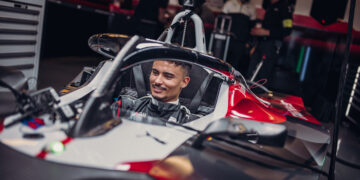 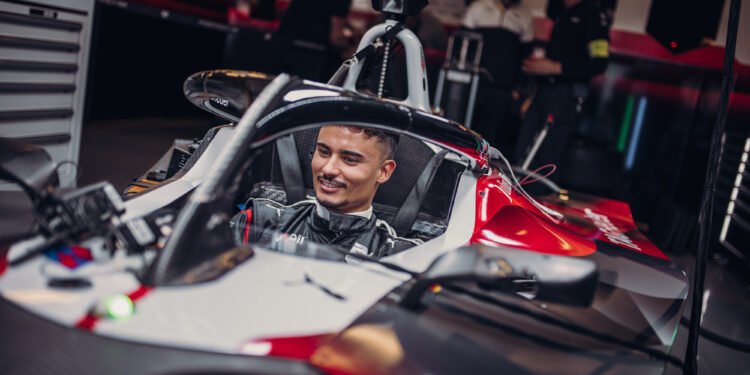 Mexico City E-Prix – Pascal Wehrlein put TAG Heuer Porsche on top in FP2 but it was a close thing with the top four within 0.052 seconds.

With a chilly Mexican morning as the backdrop, Maserati were the first to take to the track for the first race day of season 9 and the Gen3 era. Maximilian Guenther’s 1:28.783 was the first time on the board but that was very swiftly elapsed with times into the 1:16s before the first five minutes were done.

At the same time Sam Bird had to pull his Jaguar to the side of the track with an MCU error, it hasn’t been the greatest start for the team with software issues in practice yesterday. After a few minutes Bird was able to get moving again and got his Jaguar back to the pits while on track the lap times continued to fall with Pascal Wehrlein at the top with a 1:14.427 as the first ten minutes elapsed.

FP1 yesterday was quite an action packed half hour with lots of lock ups for drivers while there was damage for McLaren when Rene Rast got out of shape and while he did manage to save his car from a spin but his left rear wheel and suspension had definitely seen better days. Also in the dying moments of the session Mahindra’s Oliver Rowland gave his team a bit of repair work to do when he got too friendly with a barrier and bollard.

There was a big lock up for Edoardo Mortara mid way through FP2, the Maserati racer getting well out of shape,onto the grass and into the run off at the hairpin. It didn’t get better for the Swiss racer as a few minutes later he had an incident quite similar to Rast’s yesterday but while the German was able to duck right into the pits, Mortara’s incident brought him too far past the entry so he ended up parking his car in a safe place.

With ten minutes to go it was the Jakes at the top of the times with Hughes, in his first weekend, in P1 with a 1:13.658 while Andretti’s Dennis was 0.035 behind. There were two other drivers within a tenth of the best time too, the Jakes, di Grassi and Sebastien Buemi all separated by only 0.072 of a second.

There was a lot of movement on the leaderboard in the final few minutes and it ended with Wehrlein in P1 with a 1:13.496 with Jean-Eric Vergne in P2 0.004 seconds slower in the DS Penske.

Sergio Sette Camara was third for NIO 333, 0.010 seconds off the Porsche driver while fourth placed Mitch Evans was also just over half a tenth off Wehrlein with a 1:13.548. Evans’ teammate Bird did manage to get back out at the very end but wasn’t able to put in a representative time.