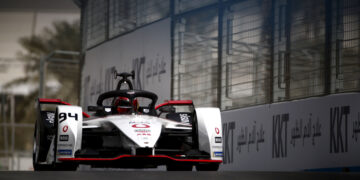 Wehrlein tops FP3 as Cassidy brings out the Red Flag

Wehrlein tops FP3 as Cassidy brings out the Red Flag 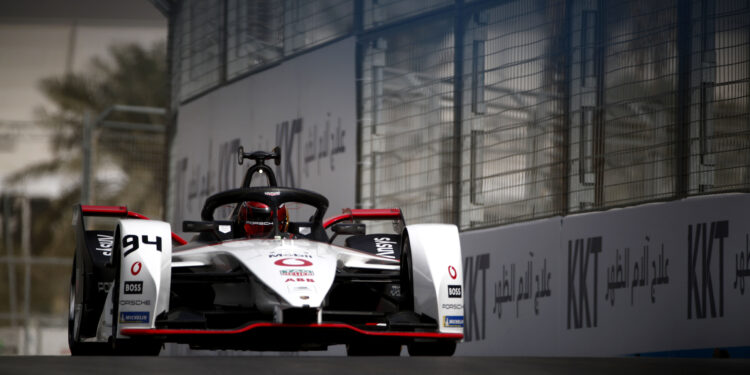 Diriyah E-Prix 2 – Porsche’s Pascal Wehrlein was fastest in the day’s only practice session which was extended after Nick Cassidy ended up in the wall.

All cars were out quickly to make the most of the 30 minutes of track time before qualifying, none more enthused to be on track than Venturi’s Lucas di Grassi who left the garage before the green light and faces an investigation for doing so.

A few minutes later Maximilian Guenther jumped to the top of the times with a 1:08.020 but wasn’t able to hold it long as Mortara put in the first into the 1:07s but that achievement was soon eclipsed as Nick Cassidy had a huge slide out of T11 and couldn’t keep the bright green Envision car out of the wall.

That brought the Red Flag out with 12 minutes on the clock, Cassidy reporting back to his team that while the chassis looked okay, there was damage to most of the corners, floor and sidepods and the chances of the Kiwi’s car being ready for qualifying is slim.

Glad to see @NickCassidy_ is out of the car and OK after this slide into the wall in FP3.

As the clock ticked down closer to zero, Race Control announced there would be an extra 10 minutes added to the session time. As the worse-for-wear Envision was returned to the pitlane and the remaining cars took to the track with just over 8 minutes of track time left.

The first leader change after the red flag saw Oliver Rowland take a familiar position of top spot in practice with a 1:07.550, but it wasn’t to be a clean sweep for the Mahindra driver as Jean-Eric Vergne and then Wehrlein took the lead with the Porsche’s 1:07.215 the best of the session.

Andre Lotterer was P7 for Porsche while it was very close for P8 with reigning champion and yesterday’s race-winner Nyck de Vries’ 1:07.786 just a thousandth of a second faster than Sebastien Buemi’s time. The top ten was finished by the sole remaining Envision, Robin Frijns 0.676 seconds slower than Wehrlein’s time.