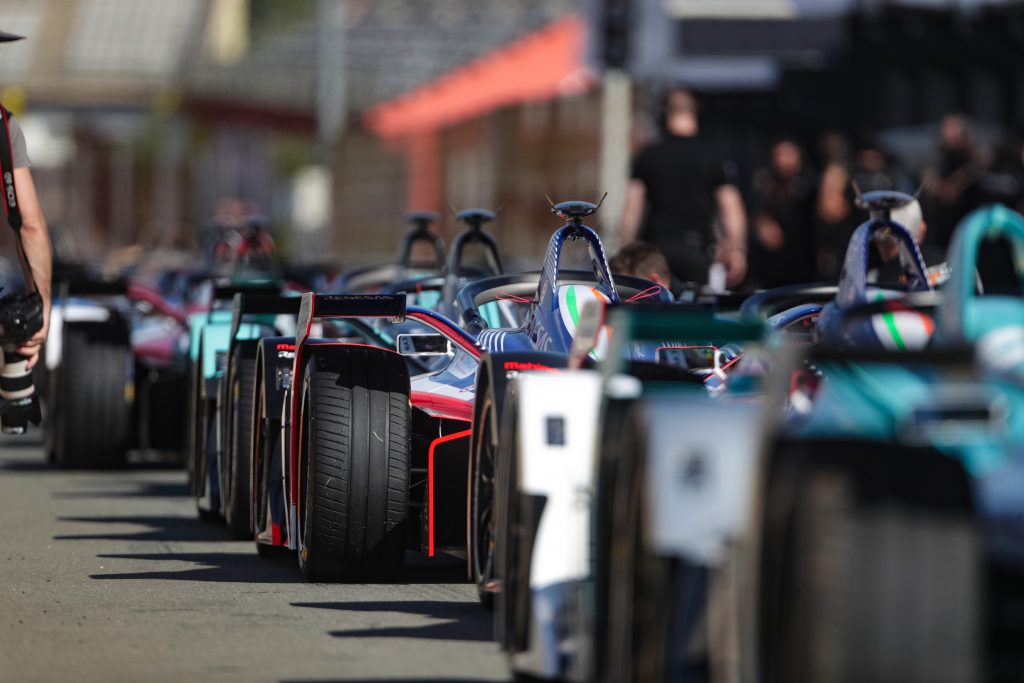 Why Formula E could have a fifth different champion – Season Preview

Why Formula E could have a fifth different champion – Season Preview

So far Formula E has crowned four different driver’s champions in as many years, a trend which can easily continue for the 2018/19 season.

Of course previous series champions Nelson Piquet Jr, Sebastien Buemi, Lucas di Grassi and Jean-Eric Vergne all have a chance at this season’s title. It’s hard to rule people out in this series but they face tougher competition now.

With car designs beginning to converge, especially will all teams now running a single-speed gearbox, it is harder to rely on the car to bring in results. Pre-race preparations in the simulator and hitting the ground running with car set-up in practice will be key, as will the new Attack Mode format which could randomise results somewhat.

Looking at pre-season testing and how highly anticipated BMW’s arrival to Formula E has been, Andretti is top of the list of new contenders. It is yet to take a win in the series, but with the German marque now handling the powertrain development there are significant resources behind the team now. At the very least it is expected to be the most improved team from last season, where it finished last in the standings.

If Andretti is going to score its first win, this is the best opportunity it has had so far. Antonio Felix da Costa is a race winner himself, winning the third race in Formula E’s history in Buenos Aires for Amlin Aguri. Alexander Sims has also shown his ability in a short period of time, often matching and even beating the times of his more experienced team-mate.

“I can be certain that we won’t be bad, let’s put it like that,” da Costa said.

“We’ll have to see as we go but what I am sure of is that BMW have created a very strong package, we have a very good group of people working hard behind the scenes to keep it going that way and keep on developing it.”

Jaguar was running under the radar during testing, but it would be naïve to think it doesn’t have a good chance of also taking its maiden win in the series. It so nearly did last year with Mitch Evans in Rome, but reliability squandered that and many other chances during the season.

It deliberately avoided doing longer race runs in Valencia testing, but it did the most laps of all the teams.

Evans has been Jaguar’s sunshine kid in its first two seasons and the softer third-generation Michelin tyre is much more to Piquet’s liking that the previous ones used, meaning he could return to his prime season one form.

Mahindra is equally capable of mounting a title challenge. As race winners it knows how to unlock the speed, but so far it hasn’t been able to do it at every race. Last season the inconsistencies meant Felix Rosenqvist lost his confidence in the car, which is a scenario it cannot afford a repeat of with new drivers Jerome d’Ambrosio and Pascal Wehrlein.

Wehrlein’s title chances are slimmer given his rookie status with only two private days testing in the car, plus he is missing the first race in Riyadh. But d’Ambrosio is no slouch in a good car, as his first two seasons at Dragon displayed where he scored two wins.

Audi is now bringing two race winners to the table with Daniel Abt now a victor in the series. He proved last season he can match di Grassi on the right day. But he’ll need to make that every day if he wants to win the title.

“Last season I think if you take in my disqualification I would already be runner up in the driver’s championship,” he said.

“Of course not everything was perfect but a lot of things were good last season. I just want to build up on that and given that the car is capable of that I want to try to win it.

If Audi is competitive then it will point to its new customer Virgin Racing also being a contender. Techeetah proved that a customer team can win the title and the Virgin squad has worked brilliantly as a unit that it can harness what Audi gives them and win races.

Compared to Techeetah last year, it is already in a better position as it was given three days of testing by Audi in addition to the public pre-season test, whereas Techeetah got no such luxury from Renault.

Sam Bird was arguably the best driver of last season taking an overweight, uncompetitive car so deep into the title scrap, and Robin Frijns was a star in his previous Formula E tenure at Andretti. It’s one of the most exciting line-ups the series has seen.

If Techeetah could win as a customer, with DS now behind the team it cannot be ruled out as a contender. Andre Lotterer in his second season could be in a position to start winning races. It will require some smoothing of rough edges as he had a very up and down rookie campaign and he’s against one of Formula E’s class acts in Vergne, so the bar is high for him.

For one previous champion, a tough year potentially lies ahead. Sebastien Buemi and Nissan e.dams got off to a shaky start. Software issues during testing were compounded by Alex Albon’s sudden departure which drastically reduced the mileage the team could achieve in Valencia.

“You cannot say that it is positive to lose close to two days of running, but it is like that and we try to gather as much data as we can from my car we try to get ready for Riyadh,” Buemi said.

“But from my point of view it will be down to details like it was always in Formula E.”

Throw into the equation the rumour that Nissan has brought in a twin-motor layout which, if true, could make life difficult for the drivers. The twin-motor option is known to be a heavy solution, making the car handling worse.

NIO used it for three seasons and scored just one podium with Oliver Turvey in Mexico City in 2017. DS also used it in season two, and managed to win the Buenos Aires race with Bird, but dropped the design for the following campaign.

The details of Nissan’s solution are as yet unknown, specifically how it can keep the weight down to utilise the design’s advantages.

With NIO using a completely different powertrain to anything it had used before, this is more likely to be a learning year. There is nothing to suggest that the team cannot score more podiums, especially with the stellar line-up of Turvey and Tom Dillmann. Race wins seem out of reach for a team that it still being built in terms of personnel, but a step forward is expected.

“It’s certainly our aim to be challenging for podiums and victories. We know it’s hard in Formula E but with the team improving each season we need to just keep working to try to get on top of the car as quick as possible and certainly it’s not our aim to be in the midfield.”

Venturi also stands to make strides. Once its simulator issues were resolved halfway through last season, it became a regular big points scorer, battling for top five positions. It also has the benefit of running a customer with debutants HWA Racelab. An extra seven days of private testing, in addition to having two more cars’ worth of data during public tests and race events is going to put it in a strong position amongst the midfielders.

HWA enters the series as no one has done before. This completely new team, holding Mercedes’ works entry for season six, has a close relationship with its powertrain supplier Venturi. The Monegasque team has offloaded Formula E know-how to the rookies, and let it use its extra seven days of testing for supplying a customer.

Without the pressure of having to design a new powertrain, as Jaguar did in season three, it has a good chance of not being a tail-ender in its first year. It would be a lot to assume it could out-pace Venturi straightaway, but solid points finishes will be the aim to get it off the ground.

“We’re not quite as far behind in starting this year as we may have been in other years or other formulas. It’s a little bit more of a level playing field but we still need to be managing our expectations going forward,” Gary Paffett told FormulaSpy.

“It’s a good time to come in with the Gen2 car. Obviously some people will have a head start because they raced in the series and there’s a lot of stuff that carries over but it is a new start.

“The nature of Formula E means there are new circuits every time, so not every circuit will be just brand new to us.”

Dragon Racing has struggled in recent seasons with its powertrain design, despite using the same Magneti Marelli motor as race winners Mahindra. Unfortunately there is little to suggest this will not change.

Jose Maria Lopez has admitted that it is becoming harder for the team as one of the smaller manufacturers to compete with the increasing resource of the OEMs entering the series. Hopefully it has learned its lessons from two tough seasons and has been able to improve the powertrain enough to compete for points on a more regular basis.