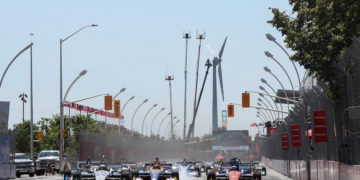 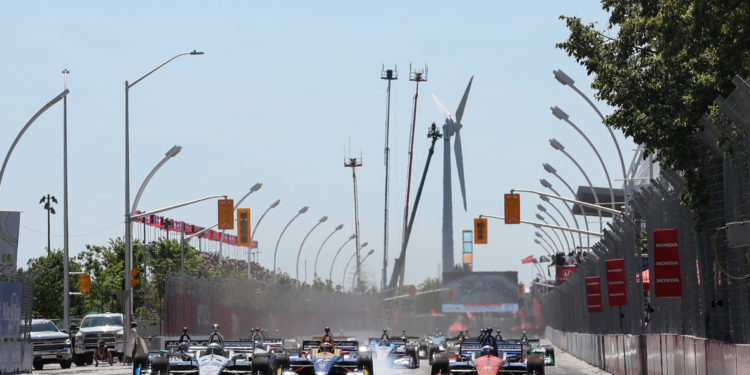 IndyCar has revealed a new calendar that has been written up for the 2020 season following further developments amid the ongoing coronavirus pandemic.

The series has confirmed that the rounds at Richmond and Toronto have been cancelled altogether, with Road America’s event being pushed up to July 11 and 12, becoming a double-header.

Penske Entertainment Corp. President & CEO Mark Miles said: “Our teams and athletes are ready to get back on track and will deliver world-class action at Texas Motor Speedway and the Racing Capital of the World.

“We appreciate the opportunity to begin our season during these unprecedented times, and I’m confident we’ll put on a great show.”

Richmond was set to host its first weekend of IndyCar action in 11 years, replacing Pocono on the original 2020 schedule. A total of six venues have now been cancelled altogether, as the US remains the worst-affected country in the world by COVID-19.

The season is still set to have 15 races, including the Indianapolis 500 on August 23 and a season finale at St. Petersburg. 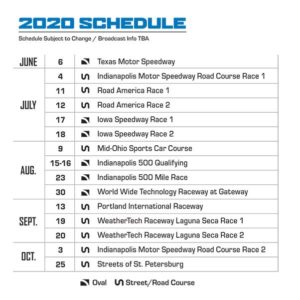