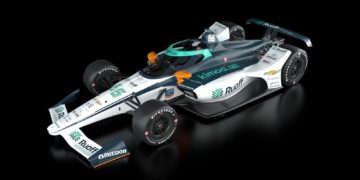 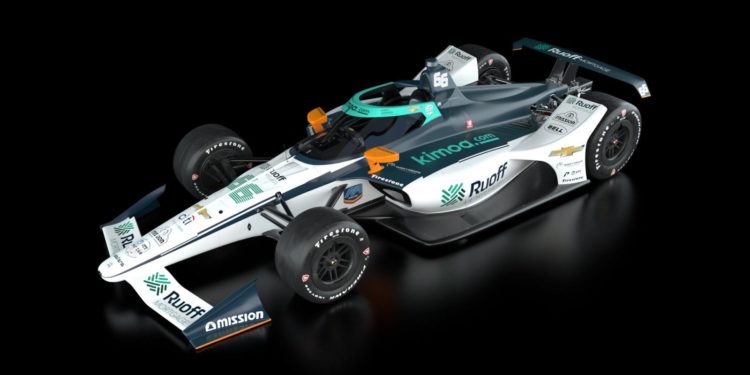 Fernando Alonso’s livery for the 104th running of the Indianapolis 500 has been revealed by Arrow McLaren SP.

The No. 66 car is being entered by McLaren in partnership with Ruoff Mortgage, a company based in Fort Wayne, Indiana, with the different shades of green that are linked with the business prominent on Alonso’s car.

The Spaniard will be attempting the race for the third time this year, having made his debut in the race in 2017, where he was in contention for the race win before his Honda engine gave way.

Last year, McLaren entered the race with Alonso but failed to make the starting grid after it was bumped out of qualifying by Juncos Racing and Kyle Kaiser.

The Indy 500 this year is scheduled for August 23rd, having been postponed from its original date earlier this year due to the coronavirus pandemic.

McLaren has three entries in the race this year, as Alonso will join up with full-time Arrow McLaren SP drivers Patricio O’Ward and Oliver Askew.

Alonso was rumoured to be running more IndyCar races than just the Indy 500 this year, however the coronavirus crisis has caused McLaren to rethink its plans for 2020 season.

The IndyCar Series will continue this weekend at the Indianapolis Motor Speedway for the GMR Grand Prix, following the opening round of the season earlier this month at the Texas Motors Speedway. McLaren managed to finish with one car inside the top ten, courtesy of Askew who crossed the line in eighth place.