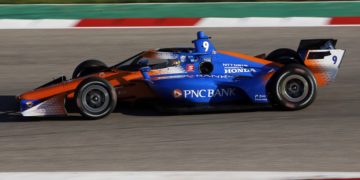 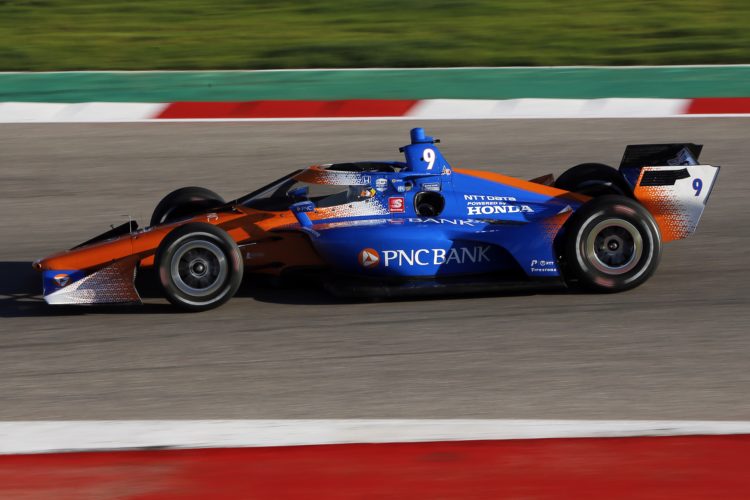 Scott Dixon has ended the opening practice session of the 2020 IndyCar season on top of the timesheets, clocking a best lap speed of 215.995 mph at the Texas Motor Speedway.

The five-time series champion edged out 20-year-old Colton Herta to the top spot at the end of the two-hour session. It marked the first time IndyCar has held an official session since the open tests at the Circuit of the Americas in February, with the start of the season impacted by the COVID-19 pandemic.

The year started strongly for Arrow McLaren SP, as Patricio O’Ward, who is racing at Texas for the first time today, slotted his car into third at the chequered flag. A duo of Andrettis followed, with Zach Veach leading Marco Andretti.

The session didn’t go without incidents as Rinus VeeKay was the first to touch the wall only minutes into the session. With the track open to rookies and texas first-timers, the Dutchman rotated his car and hit the barriers side-on. He completed just 11 laps ahead of qualifying.

His teammate and boss Ed Carpenter was next to hit the wall, as coming out of Turn 4, he spun after suffering a puncture but managed to only make light contact with the wall.

Ryan Hunter-Reay got high out of Turn 2 and hit the barriers, which put an end to his running – just 14 laps on the board for the 2012 series champion.