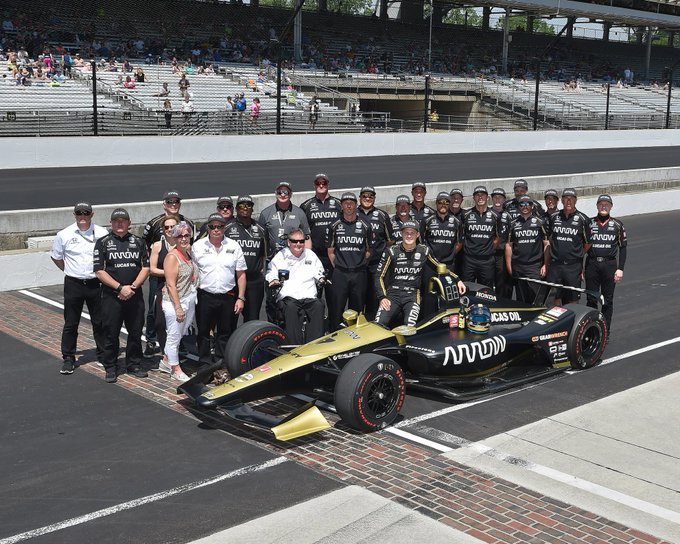 Ericsson thanks SPM as he leaves for Ganassi

Ericsson thanks SPM as he leaves for Ganassi

Marcus Ericsson has thanked his 2019 team Schmidt Peterson after revealing his switch to Chip Ganassi Racing for 2020.

Marcus Ericsson has thanked his former team Schmidt Peterson, after signing a deal to race a third car with Chip Ganassi Racing in 2020.

The Swedish driver made the switch to IndyCar in 2019, having raced in Formula 1 between 2014 and 2018. Still maintaining his Formula 1 links as Alfa Romeo’s reserve driver in 2019, his fulltime IndyCar programme. for 2020 will see Ericsson team up with compatriot Felix Rosenqvist as well as Scott Dixon.

“After yesterday’s exciting news, I also want to take the chance to thank Schmidt Peterson and everyone in the team for this season.” said Ericsson as he said goodbye to the team he began his IndyCar career with. “It’s been a pleasure and I have learned so much. Thanks for giving me the opportunity to get to IndyCar and American racing. I wish you guys all the best!”

Schmidt Peterson team up with McLaren for 2020 as the British team expands into a fulltime IndyCar programme. Powered by Chevrolet, they will be known as Arrow McLaren Racing SP next season.

In response to Ericsson’s post, Schmidt Peterson said: Thank you Marcus for joining us for your maiden IndyCar season and very first Indy 500. We look forward to competing against you in 2020 with Chip Ganassi Racing!”