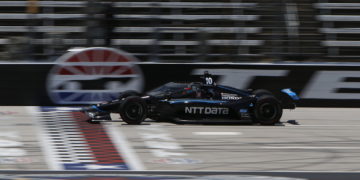 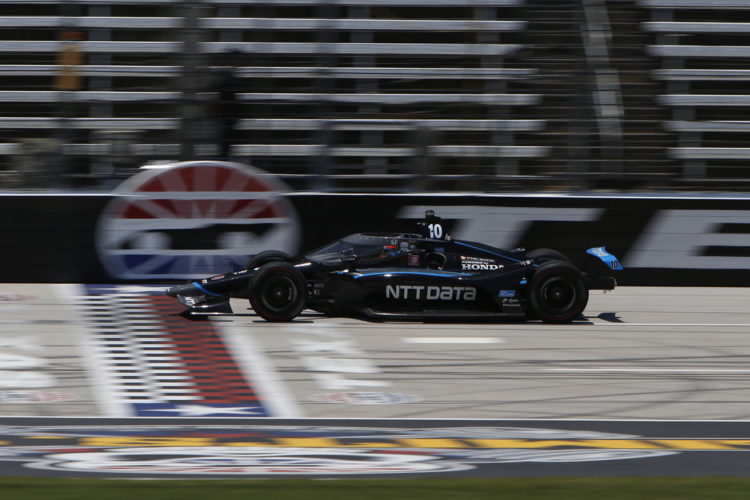 Rosenqvist was one of the star performers during Saturday’s IndyCar event at the Texas Motor Speedway, having worked his way up to P2 past Simon Pagenaud and polesitter Josef Newgarden. Snatching P2 from Pagenaud and over ten second behind leader Scott Dixon, the Swede hunted down Dixon to close the gap down to just over a second prior to the final stops.

Emerging behind Dixon and some traffic as the strategies played out, Rosenqvist was lining up a move and committed to a higher line through Turn 2 when he lost the rear of his car and spun out of the race.

Running second and trying to chase down eventual race winner Scott Dixon… you can see the frustration inside the cockpit. @IndyCar // #BackOnTrack pic.twitter.com/uDeyrTY4As

“I can’t blame others for whatever situation I have.” said a morose Rosenqvist after crashing out of the season opener. “Obviously, we came out on new tires, and I don’t know if James (Hinchcliffe) was on really old tires there. It’s my judgment. I went for the outside, and I probably shouldn’t have done it. It’s one of those things where you sit there and you’re going like 40 mph slower than you want to go behind another car. It’s kind of tempting to just move up one lane, but it was just so slippery. I just feel really sorry for my guys.”

Despite crashing out of a podium position and throwing away a possible victory opportunity, Rosenqvist says he feels he’s made a critical step forward in terms of his oval pace in IndyCar.

“Our car was just unbelievable tonight.” Rosenqvist continued. “It was really my breakthrough on ovals, I think, and I had a really good shot there and I threw it away. Really disappointed. We pitted earlier and had clear track. I think we did one (lap) 215 mph and one (lap) 214 mph in a row there. We had a really good two out laps there. Not sure where that put us.”

“Scott (Dixon) was really, super quick, as well. It was going to be close. But even a second place tonight, I would have taken it. I didn’t feel like I was going crazy for the win. I just kind of wanted to roll in on a good finish with good points, and just one silly thing screwed everything up. Tough.”