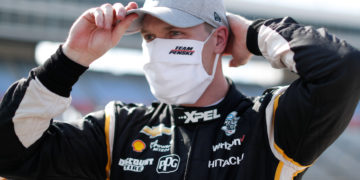 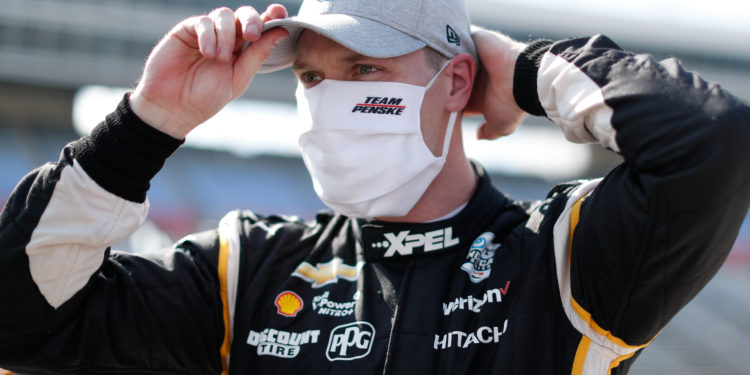 Josef Newgarden says his third place result at the Genesys 300 on Saturday night in Texas ‘feels like a victory’ due to the extent of his struggles.

Newgarden started the race from pole position but started to fall back as the first phase of pit stops approached, stating he was struggling with tyre vibrations.

Although he managed to stay within the top five for much of the race, the reigning series champion was unable to contest with the Chip Ganassi cars of Scott Dixon and Felix Rosenqvist.

However, Newgarden was boosted into the top three late on when Rosenqvist crashed out while trying to close down teammate Dixon. Newgarden hailed CGR as deserving winners and was content with his own result in the circumstances.

“Honestly, tonight feels like a victory to me,” he said after the race. “We were not very good. Congrats to Scott. They were amazing tonight, they were just a cut above. They are very deserving winners.

“We did everything we could to fight to stay up front. Early on I was doing everything I could to keep Scott behind. He was way quicker. Once I got a little deeper into the pack, it was even harder to hang onto that front area.

“It was a tough night. I think we had good speed in the car. Team Chevy did a great job for us. We just did not have a perfect handle on what we needed over a full stint. We’ll be working hard to come back and make sure we understand why that was. We’ll be hunting for a win soon. It was a good night to finish third.”

Newgarden was joined on the podium by his Penske teammate Simon Pagenaud, who started the race from third place.

Pagenaud says it was ‘awesome’ to go racing again after the false start in St. Petersburg earlier this year, and feels his opportunities were maximised at Texas.

“It was great to be back on the track. Just one word, just awesome to be back here. It was awesome to get into racing again. The false start in St. Pete, it was the first time in my career I’ve ever experienced anything like it.

“Being able to in this situation in the world right now, being able to come back, the IndyCar Series put on this action-packed show today, I just had a blast, I really did. I remembered why I’m racing. I certainly had the best time of my life tonight.

“Obviously, you want to win. I’m here to win. But I think we maximized our opportunity, quite frankly.”