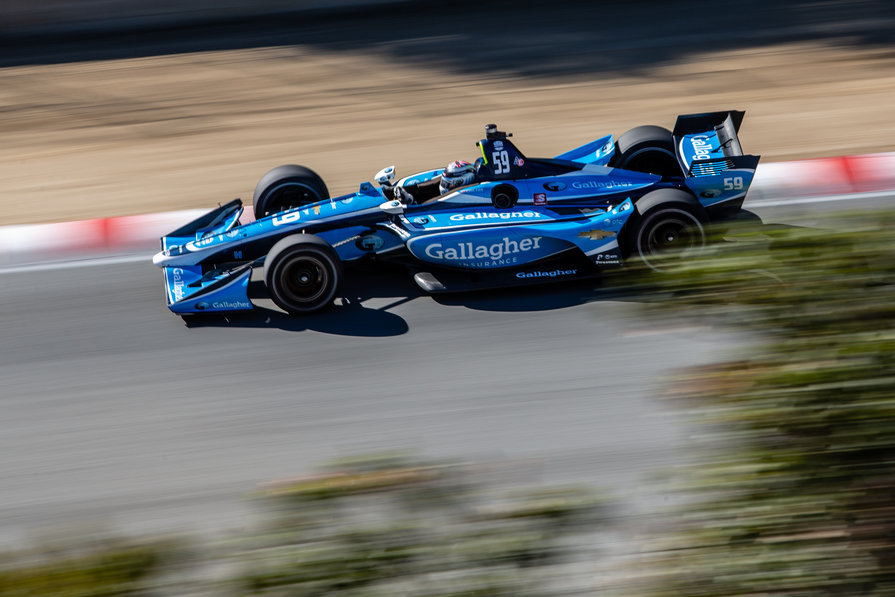 Former Formula 1 driver Max Chilton has agreed to a part-time drive with Carlin ahead of the 2020 NTT IndyCar season.

Chilton will compete in the 12 road and street course races as well as the Indy 500 in the number 59 Gallagher-sponsored entry, with oval specialist teammate Conor Daly to drive in Chilton’s place in the other four oval races.

The ex Marussia F1 driver followed the same schedule during the 2019 season, finishing 22nd overall with 184 points but he failed to qualify for the Indy 500.

“I’m excited to formally announce that Gallagher will be back for the 2020 NTT IndyCar Series season partnering with Carlin for the third season and myself for our fifth season together,” Chilton said following the announcement.

“The partnership between myself, Gallagher and Carlin is a strong one that honestly feels more like family than the normal motorsports driver, sponsor, and team relationship.”

Carlin’s other seat for the open testing will be filled by Felipe Nasr and Sergio Sette Camara, although the team has yet to confirm what the race line-up schedule will be.

“I couldn’t be more thankful for Gallagher’s continued support of myself and Carlin as we work toward success in the NTT IndyCar Series. To have the opportunity to represent more than 30,000 employees of Gallagher, a brand that focuses so heavily on teamwork and innovation, is a true privilege and I look forward to getting solid results this season.”

The 2020 IndyCar season gets underway in St Petersburg, Florida, on March 15 at the Streets of St Petersburg circuit.