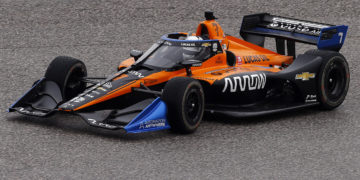 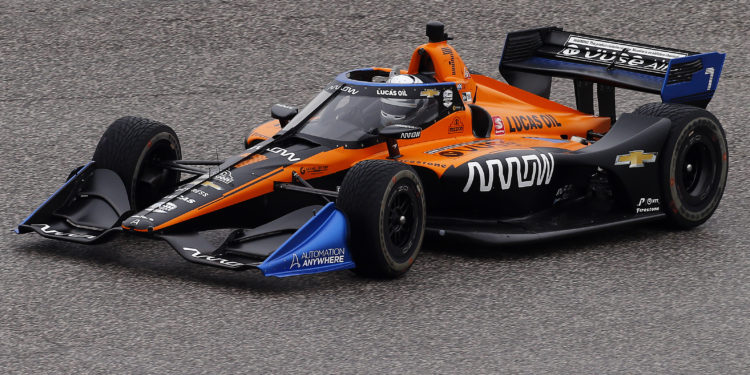 McLaren’s new IndyCar team hit the track for the first time this weekend, with the drivers saying they feel ‘fully prepared’ for Texas.

A few months later than originally planned, McLaren’s return to a full-time IndyCar campaign begins this weekend at Texas Motor Speedway. The joint venture between McLaren and SPM will field Patricio O’Ward and Oliver Askew; the pair are the two most recent Indy Lights Champions.

Having had an extra few unexpected months to prepare for the team’s debut in light of the global coronavirus outbreak, Managing Director Taylor Kiel says they made best use of the extra prep time:

“I think Arrow McLaren SP approached this time with tremendous resolve and focus to become better regardless of the situation.”

“Our group has continued to work hard with our trainer and has continued to push each other to be the best version of themselves. Once we get to Texas, I am confident that our commitment to physical and mental preparation will show.”

Bringing Formula 1 expertise across to the IndyCar paddock is something McLaren say will benefit them in terms of facing the challenges ahead, and Kiel says every single member of the team has put in the legwork to ensure they hit the ground running:

“Our level of preparation is something we take pride in and should serve us well in the new one-day-show format. Everyone has put in a tremendous amount of work towards our goal of consistently competing for race wins and championships. Every member of the team is ready to finally put that hard work to task and show how far we have come.”

“Besides that, we are all racers and live to compete, so when that is taken from you, it only makes you want it more. We are all thankful that we have the opportunity to be back at the track, and to be part of bringing IndyCar back to our amazing fans all over the world.”

Patricio O’Ward, who is entering his first full-time campaign after competing in seven events with Carlin in 2019, says he’s eager to get started and shake off some rust: “To be honest, it feels a bit weird, a bit funky. Everything has been stopped for so long that it’s hard to believe we are going to be racing this weekend. I’m looking forward to getting started and getting back into it with the team.”

“I know it’s going to take a few laps to get back up to speed. I’m feeling a little rusty but we are definitely going to be as prepared as we can so we can use our time efficiently with everything compressed into one single day. We are definitely ready and looking forward to the race. Let’s go!”

Oliver Askew, stepping up into IndyCar for the first time after winning the 2019 Indy Lights campaign, says he feels more ready for this weekend’s race at the Texas Motor Speedway than the St. Petersburg road course that was scheduled to hold the season opener back in March: “Everyone at Arrow McLaren SP, including me, is ready to go. I think with the extra time to prepare, we are more ready than we were before St. Pete.”

“It will be a challenge for sure, being my first IndyCar race, but I’m looking forward to taking in the experience and putting on a show on NBC for our partners and fans at home.”

This weekend’s Genesys 300 in Texas comes at the end of the week marking the 50th anniversary of the death of Bruce McLaren at Goodwood. The motorsport giant’s founder died testing a CanAm car, and the IndyCar team will run a ‘Speedy Kiwi’ logo on their Aeroscreens this weekend to mark the anniversary.