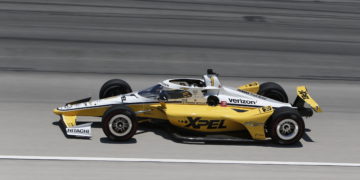 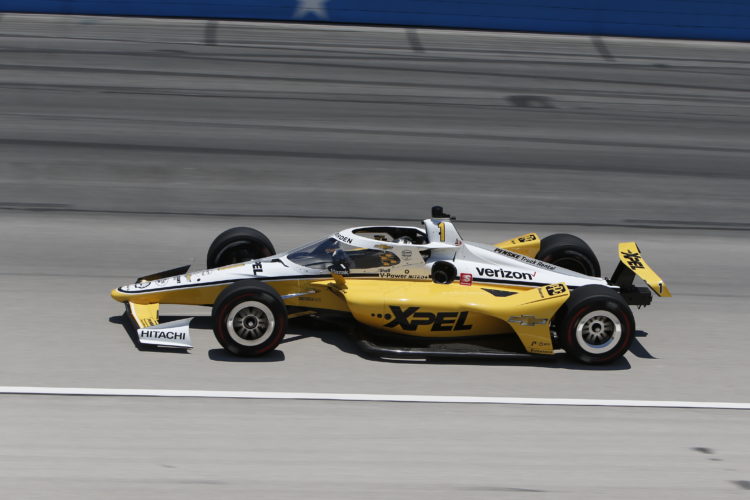 Josef Newgarden has topped the first qualifying session of the year and will lead the field for the start of 2020 IndyCar opener at the Texas Motor Speedway.

The reigning series champion was the last driver to take to the circuit during the session and posted a two-lap average of 215.740 mph, edging out Scott Dixon, who was sitting on a 215.638 for Chip Ganassi Racing.

Takuma Sato was the only driver to make contact with the walls, as he lost his car at Turn 2 during a warm-up lap, failing to register a time. Santino Ferrucci and Rinus VeeKay also didn’t appear on the timesheet, with Ed Carpenter Racing working on the latter’s car following his crash during practice.

Takuma Sato is out of qualifying at the #Genesys300 at @TXMotorSpeedway – the Japanese driver was uninjured after this crash on his warm-up lap. #IndyCar

The second Team Penske car of Simon Pagenaud was third, heading Ryan Hunter-Reay who managed to recover from his crash in practice and secure a starting spot on the second row of the grid.

Behind Hunter-Reay was his Andretti Autosport teammate Zach Veach, while Will Power was sixth in the third and final Penske car.

While one Rahal Letterman Lanigan car ended up in the barrier, the second entry, driven by Graham Rahal, was seventh in the final classifications, leading Alexander Rossi, Felix Rosenqvist and veteran Tony Kanaan.

Jack Harvey was the slowest of the cars that set an average speed, posting a 205.647 – five mph down on the next competitor, which was Oliver Askew. Both Arrow McLaren SP cars struggled during the session, with Patricio O’Ward and Askew ending up 18th and 20th respectively.

Colton Herta and James Hinchcliffe were the slowest of the Andretti cars, as both concluded the session in 14th and 15th respectively.

The green flag, with Josef Newgarden on pole position for the Genesys 300, will wave at 8:00 PM ET.