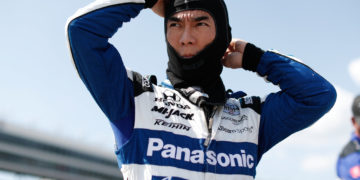 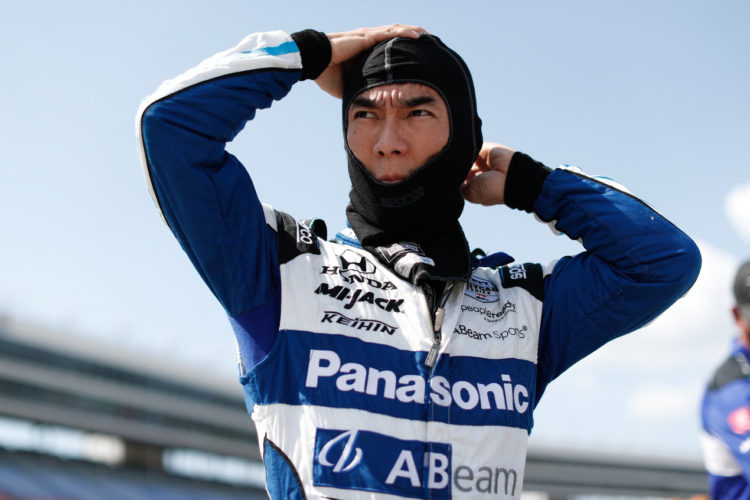 Texas Motor Speedway – Takuma Sato is in a race against time to make the start of the Genesys 300 after crashing during qualifying.

Sato was unable to take part in qualifying at the Texas Motor Speedway after crashing heavily before starting his quali run. The Rahal Letterman Lanigan driver was uninjured by the hefty smash, and was taken to the medical centre for precautionary checks after removing himself from his car.

Speaking to NBC afterwards, Sato said he was confused by the incident:

“It was a big moment. It was only my warm-up lap and I just lost the back end immediately when I turned in. It didn’t usually happen like that, so it caught me by a big surprise.”

Takuma Sato is out of qualifying at the #Genesys300 at @TXMotorSpeedway – the Japanese driver was uninjured after this crash on his warm-up lap. #IndyCar

With a layer of traction compound on the banking used by NASCAR a few months, the change in surface appears to be causing some traction issues for the IndyCars with several drivers crashing through Saturday practice. Rinus Veekay and Ed Carpenter both damaged their ECRs, with Ryan Hunter-Reay also ending up in the barriers. Sato says he doesn’t think the compound caused his crash, despite replays showing he was clearly on the darker track surface when he lost the rear of his car: “Visually, it’s different, but we don’t really use that for the single lane – although that might be different in the race. I don’t think that was the issue.”

It’s not yet confirmed whether Sato will make the start of the race or not, due to the extensive damage to the Dallara.

“I feel sorry for the boys and hopefully we can fix it and get into the race. It’ll be quite tight.” said Sato. If all else fails, he says: “I should have the backup car, the road course car, but I need to go back to the team to see.”