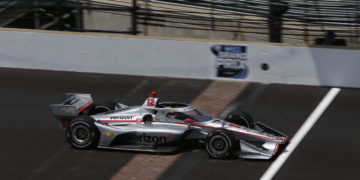 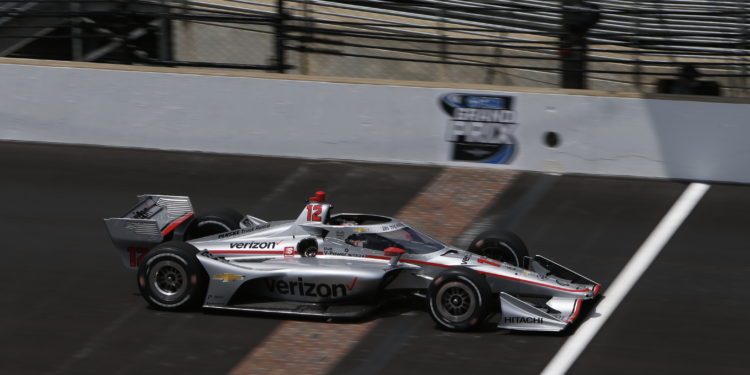 Will Power produced a last gap session topping time during the Fast Six to beat Jack Harvey at the Indianapolis Motor Speedway and secure his first pole position of the 2020 season.

Power, who lead the afternoon’s practice session ahead of Saturday’s GMR Grand Prix, set a 1:10.1779 with his last effort of the day, taking the top spot away from Harvey.

The Briton was hoping to secure his first career pole position in the IndyCar Series at the same venue he obtained his sole podium finish, having crossed the line at the Indianapolis Motor Speedway road course in third place last year.

Harvey had to settle for the second row, but managed to edge out Andretti Autosport’s Colton Herta and the Rahal Letterman Lanigan racing car driven by Graham Rahal.

Oliver Askew was a surprise entry into the final six of qualifying, ending the second round of qualifying on top of the timesheet. However, he couldn’t keep up the challenge for pole in his McLaren and will start Saturday’s race from fifth.

Josef Newgarden failed to set a lap time in the Fast Six, as on his one and only timed run, he locked up on the entry to Turn 9 and skated across the grass, leaving him sixth for the start of the race.

Some major names failed to advance into the Fast Six session, including five-time champion Scott Dixon, who enters the weekend on the back of a race win in Texas last month. Chip Ganassi failed to get a single car into the final session, however Dixon and his teammate Felix Rosenqvist will line up in seventh and ninth respectively, with Conor Daly lodged between.

Max Chilton showed strong pace throughout qualifying and will take the green flag from the fifth row of the grid alongside Rosenqvist, while Andretti Autosport teammates Alexander Rossi and Ryan-Hunter-Reay fill out the sixth row.

Simon Pagenaud also failed to advance out of his group and will start towards the back of the grid. Pagenaud is the reigning winner of the Indianapolis road course event, dicing against Dixon over 12 months ago for the win before going on to win the Indianapolis 500 in May.