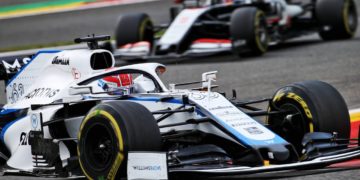 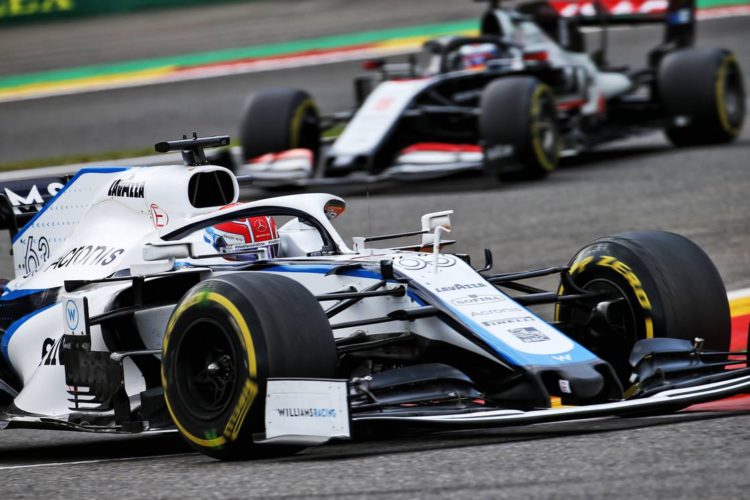 Rumours regarding Williams’ driver line-up for 2021 have gathered steam recently, with the suggestion being that Sergio Perez is set to take George Russell’s seat. With the Mercedes young driver up for grabs at any moment by the Merc team, new Williams owners Dorilton Capital are reportedly interested in finding a medium-term deal with another driver – namely Sergio Perez.

Despite both Russell and Latifi having contracts for 2021, signed when the team was owned by the Williams family, interim team boss Simon Roberts wouldn’t commit to stating that the two drivers would be staying on next year.

Initially commenting on the situation, he said: “Nothing has changed. There’s lots of speculation and there are lots of good drivers around that are now looking for seats. Dorilton bought the team and nothing changed. I can’t say any more than that.”

Asked specifically to commit to stating the driver line-up will be as contracted, Roberts said: “I’m not going to say anything about either of our drivers. They are both doing a great job. There’s so much speculation around I don’t want to inadvertently fuel it. Someone will take some nuance from whatever we say. We’re happy. Let’s watch the rest of the market.”

Evasion of the confirmation only piqued interest further, with present media asking Roberts to end the speculation by simply committing to their drivers. However, the Williams boss still wouldn’t do it: “Yeah, possibly, but we just don’t want to say anything, one way or the other. We’re here to focus on a race weekend. We haven’t got any news.”

Russell & Latifi signed their contracts with Claire and Frank Williams as owners, when maintaining the relationship with Mercedes was more critical to the team’s finances than it is now. With Dorilton coming in and settling the ship on that front, the team no longer have to worry about keeping Mercedes as sweet. Perez comes with big Mexican sponsors, and has also said that he is interested in finding a project that he can commit to ‘100%’. He says nothing has been signed, but that ‘things are looking good’ when asked about his chances of finding an F1 seat.

Russell, in the meantime, has been dismissive of the threat of Perez taking his seat, insisting he has a valid contract with the team for next year.