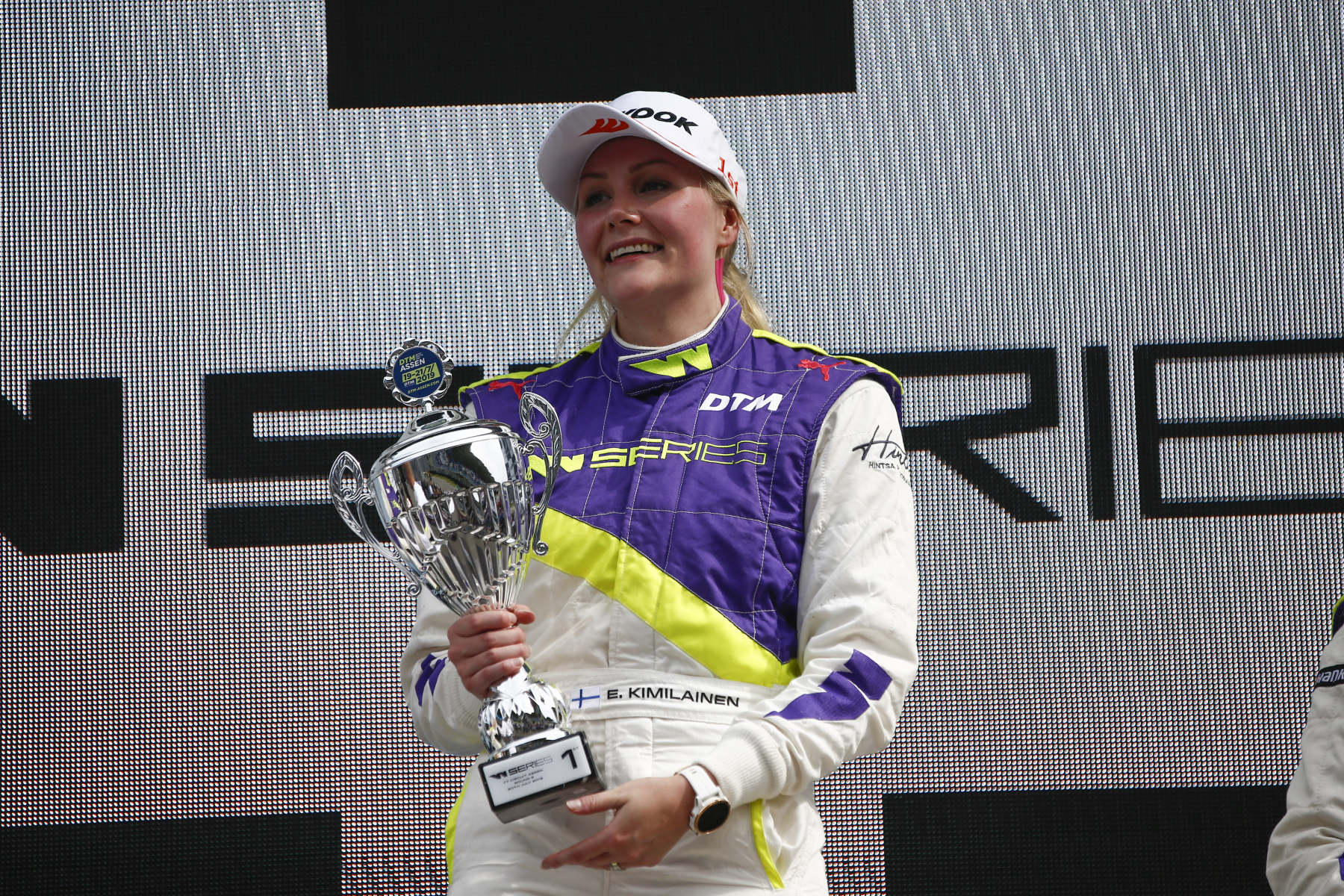 FormulaSpy’s William Dodds sits down and talks with Emma Kimilainen about W Series, her careers plans, and women in motorsport.

“Who says that a 30-year-old mother couldn’t be in Formula 1 one day?”

It is a valid question and when posed by W Series star Emma Kimilainen you get the feeling that such progress is closer than ever before.

The Finn was one of the championship’s star drivers last year and picked up more points in the second half of season one than anyone else. Unfortunately, injury and incident prevented her from making inroads in the first half and such is the unforgiving nature of an six-race series, Kimilainen was unable to recover and put up a serious title fight.

However, with the calendar extended to eight races for season two, including F1 support races at Mexico City and Austin, the former Scandinavian Touring Cars driver will have more chances to show her undoubted ability.

Ahead of the new season, which kicks off at Igora Drive in Saint Pertersburg on May 30, the drivers partook in a four-day training programme in London that included coaching in nutrition, physical fitness, performance culture and psychometrics. The drivers also worked with Olympic Gold Medallist Dame Jessica Ennis-Hill and Kimilainen said the whole process was really beneficial. 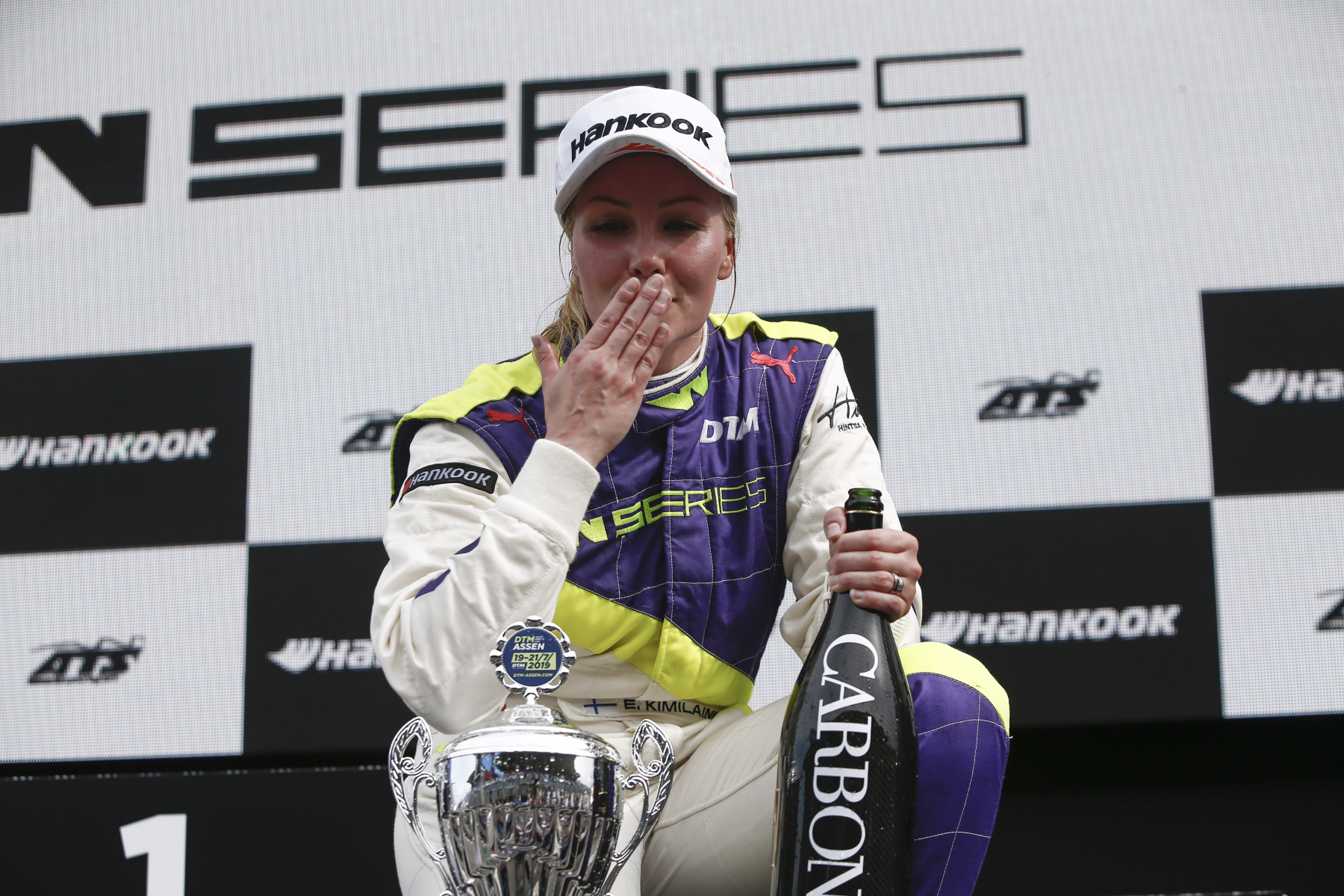 “It’s always a nice possibility to learn something about yourself and learning from other people is always huge,” she told FormulaSpy.

“I’ve learned a lot and we have a new partner in mental preparations and development, so we’ve got some other insights from there. We’ve taken a deep dive into ourselves and how we will behave and how we should behave and other fitness and media things, so I think it’s good. It’s awesome that we have W Series providing such things because there are not that many series or teams that offer it.”

Unlike a number of drivers on grid, the opportunity to compete in such a series has come later in Kimilainen’s career, but she said she is determined to take on the experience and use it to further her progress in the sport.

“It’s really lucky the younger drivers are in a position where they have the possibility to develop at this stage to get the information the knowledge, the other thing is how they’re going to use it,” she explained.

“So how they’re going process is important and I think that the series are backing that process all the way. So they are in good place and even though I’m 30, life was the learning process and there’s always new things to learn and if not learn just to remind myself. I’m turning 31 now so you know I have many years to go, but I’ve been there I’ve competed against some of the F1 drivers for a long time in different series and just because I’m not there now it doesn’t mean that I cannot be there someday. So, it can be on that level or something like that so I’m working really hard to drive in, if not F1 maybe Formula E, as a works drivers, Le Mans, things like this. That is my goal.”

The quick progress the team behind the series have made is impressive given it is just their second season and Kimilainen said she was proud to be a part of such a programme.

“It’s something that will interest media, will interest people and we’ll get on the track, where it belongs. And now I think we have this time in our hands where female sport is growing and it has finally gotten the respect that it needs. And that’s really important and to be alongside F1 in a couple of races this year is just something that will give us the chance to show that hey, here we are, we know how to do this and this is where we should be.”

Last season’s series came down to a last race battle between eventual champion Jamie Chadwick and Beitske Visser, but it was Alice Powell and Kimilainen who stole the show at Brand’s Hatch and took a one-two finish after some tight wheel-to-wheel racing. 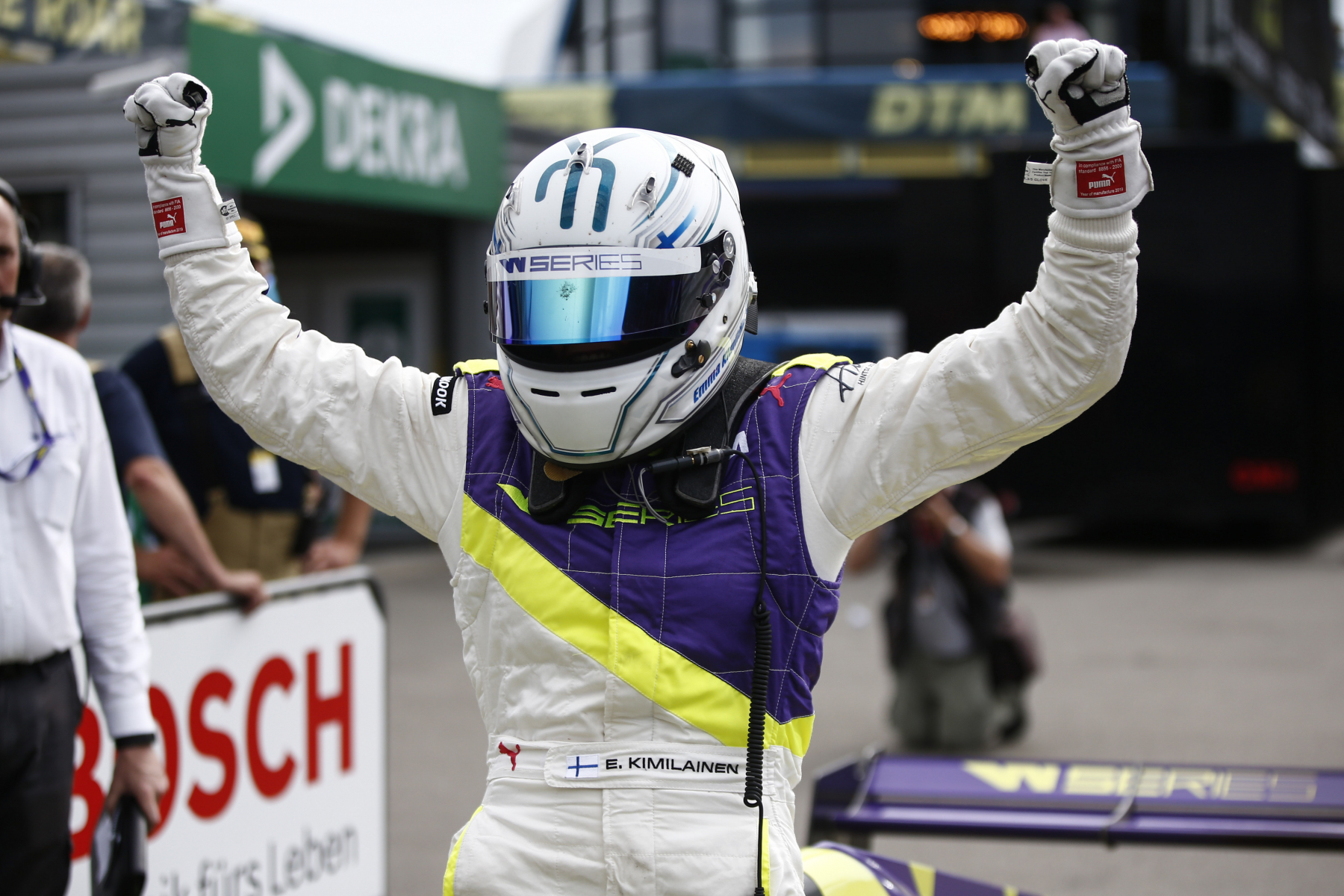 With a win in the previous race at Assen too, Kimilainen was satisfied with her strong finish to the season and feels that season two is when she can show the full extent of her ability.

“I hate to say it but things happen like crashes and injury and that’s it,” she said.

“But, I know what my potential will be if it wasn’t for the crash and I showed it by winning, taking second place and then a fifth at the Norisring. I proved that I have what it takes for this year to win the championship but everything needs to go well and without any mistakes. We need to have talks with the engineers and mechanics so that I build up a team, we need to work together to build up a good relation and good team, so that we are winning. We are capable of doing all this. So that’s what it’s all about.”

Away from W Series, much of Kimilainen’s experience has come in Scandinavian Touring Cars, where she competed between 2014 and 2016.

She was also involved in Formula Ford earlier in her career and while W Series is setting her on a single-seater path, the Finn has a clear passion for all sorts of motorsport.

“You need to always think no matter what you drive, what does the car have, what properties,” Kimilainen explained.

“What is the car made of, how much does it weigh, what kind of a chassis, is it front wheel driven, back wheel driven and four wheel drive, how much power does it have, what are its aerodynamics. There are a lot of things and you need to think ahead about how you are going to drive and how does this car need me to be. Formula and endurance cars have the biggest differences of course with the downforce and then the weight. I like the single-seaters because you can carry a lot more speed into the corners and it’s like you have a different flow and it can be aggressive but at the same time really sensitive. I think that’s why.”